We continue our slow-moving review of the Sony Xperia L2 smartphone with a discussion of the features and specs! We break them down in three categories for readability… The next post will discuss the “User Experience” aspects of the review. For example, the screen being a fingerprint magnet or that battery life is pretty decent in real-world use belongs in that part of the review, it’s not a feature/spec 🙂 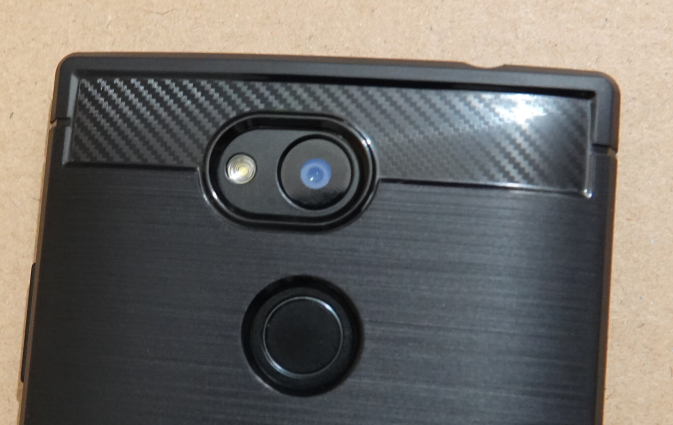 It has a couple of features that can get it some attention compared to some of the $200-ish budget darlings like the Moto G and the Honor lines. Unlike those [as of late March 2018], the L2 has NFC and USB-C. The former is a must have if you want to use Android Pay and other assorted wireless payment methods. The latter is more of a convenience and forward-movement. It is only USB 2.0 under the hood, so even though it’s USB-C, you only get the newer connector, not the fancy USB 3.0+ USB-C features.

The 3GB of RAM is a great idea, as Android and Google Play Services and the apps get more bloated over time (more features, more OS versions to support, more hardware to support, and so forth). On-board storage is an acceptable 32GB (a lot more expensive phones come with this amount of the box) and it takes microSD cards as well. Of that, around 21GB is available to the user.

It has a headphone jack, and supports Bluetooth low energy (I haven’t tested this feature yet).

It has two power-saving modes, “Stamina” and “Ultra Stamina” and you have flexibility on when they get activated. You are not stuck with 15% battery left or nothing of some Android phones.

The screen is a 5.5 inch 16:9 with a 720p resolution. Given that it’s a budget phone, this is not an unreasonable trade-off to make. A 1080p+ screen would eat more battery life, and a bigger battery would charge even more slowly. Not to mention that both the screen and the extra battery would cost more.

It does not have a Snapdragon processor. It is a MediaTek quad core. Sony uses Snapdragons for their mid-tier and above smartphones, but this one is the entry-point of their current line-up.

While Sony’s bloatware is not horrid like “Peak Touch Wiz” (it took me an hour (!) to turn off features and apps of my Galaxy Note 8 tablet when I purchased it), it has its share of bloatware. Some of the things Sony added are useful, but others are not. And if you can’t delete them (not just disable them), then most people file them under bloatware.

Most phones in this category are unlocked GSM, but enough of them out there (eg Moto G line) are “all carrier phones” (meaning they work with all four major US carriers, GSM (AT&T, T-Mobile) and CDMA (Sprint, Verizon)) that this is not considered a plus or a minus.

There is no USB Host sadly. That can be a handy feature for some users, but considering the price range of this phone, it’s more a sideways thing than a con.

The biggest con is slow charging. If you hate slow-charging, avoid this phone!. It takes about three hours from empty to full. With many phones today going the quick charge route, some people may just not have the patience for it.

There is no wireless charging either, so you need to have the included charger or cable, or a compatible USB-C charging cable around.

Even though it came out during the “Reign of King Oreo”, and even though the other Sony smartphones that were announced at the same time with it came out with Oreo, this one rolled out with Nougat. It is not known whether it will get Oreo eventually. Assume it won’t to be on the safe side. But it already got one official update, it got the January 2018 security update in mid-March 2018.