And now to something so not fun. Bloatware! Sony may not be as obnoxious as some other manufacturers with bloatware but they have their share, which I divide in three categories. Now the term “bloatware” is subject to interpretation. Some people consider everything that’s not part of the OS bloatware, others only consider things they don’t want/need 🙂

These are pre-installed apps from 3rd-parties (not Sony, not Google) that exist on the device and can be disabled but cannot be deleted. This drives me crazy. Why can’t we delete apps we don’t want?

The offenders are the ones you see in the picture plus AVG Protection and the Swype keyboard..

+ Amazon and Kindle
+ Facebook and its Messenger
+ Weather and News Suite

Google has been getting better in not stuffing phones with every single app they make (they make A LOT of them) but you still get a handful of them, with a few more “recommended” for installation after you run the Google Play store. There was no Google+ pre-installed thankfully 🙂 Some people don’t consider Google apps bloatware, some do, so this segment is YMMV. Here are some of them: 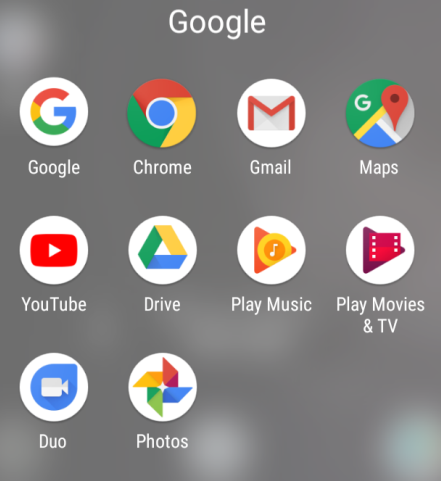 This includes the rest of the apps included by Sony. Some are functional, like the FM Radio radio and the Support app and the Xperia Home (the home screen). Then there’s the multimedia, music and video and arts and crafts, and the Playstation app and the “Lounge”. The only annoying of this bunch is the “Movie Creator” who wants to keep creating movies of all your pictures. It does not however come with permission out of the box, so if you don’t plan to use it, disable it to stop it from wasting battery doing who knows what… 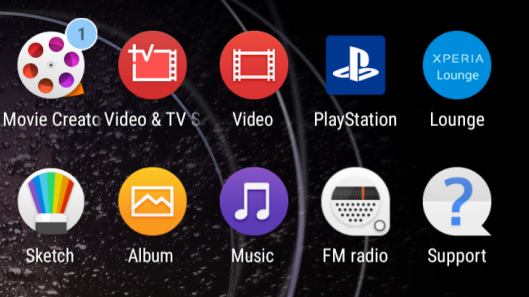 A different kind of bloatware is the way Sony does the system updates of their own. The app that does this puts “recommended apps” in front of you and you can’t delete the recommendations. You can ignore them or install the apps. The three I’m seeing are Amazon’s Prime Video, Booking.com, and Sony’s “What’s New” app which warns you that it uses personal data. You see this mess every time you try to check for software updates under “About Phone”.

One more thing, under the Settings, this app has both Auto Update apps and Auto Download system updates set to ON.