We continue our series of Nexus 6 Case reviews (yes, we are fashionably late, 2.5 years after the release of this lovely phone) with another one. Spoiler alert, this is the worse case of the six I’ve used so far, simply because the case wraps over the buttons and makes pressing them not easy. Screenshots are painful, you need two hands and you have to concentrate. Regular button pressing is not smooth either. In the picture below, the power button is first, followed by Volume UP and DOWN.

I purchased this at Amazon in early 2016. Since then, it is no longer available and its Amazon page has been removed (it leads to a 404 page). For the record, this is Amazon product ID B00VWYX3I4 (each Amazon product has a unique code like this, a mix of letters and numbers). 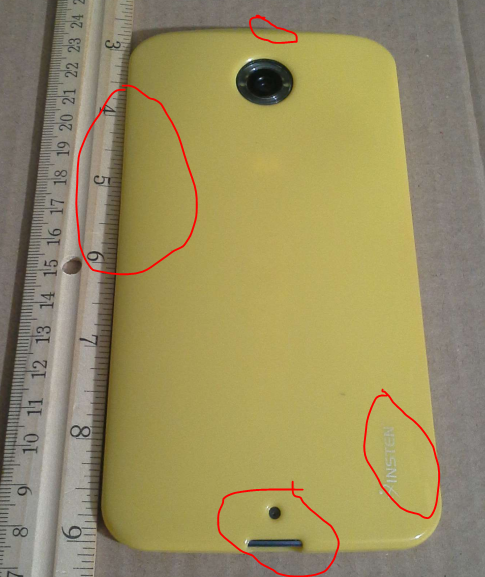 Looking at the red markings on the picture above, the button wrappers are on the left hand side. The headphone jack is above the camera up top. The microUSB is at the bottom. The faintly written Insten logo is the red marking on the bottom right side. It’s hard to read in real life too, not just the pictures.

Other than the pain of using the buttons, this is a pretty good case if you don’t plan on dropping the phone or bumping your pocket on solid surfaces. With the Nexus 6 being a giant phone, slim and thin cases make it feel less of a giant 🙂

Here is a close-up of the headphone jack (top), and then the microUSB connector (bottom): 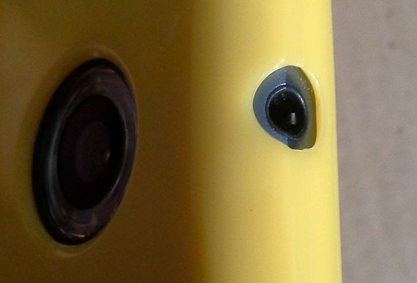 Unfortunately because of the way it makes using the Power and Volume buttons difficult, I cannot recommend it ~ unless you rarely use those buttons and never take screenshots.