I am a fan of using cases on phones for a variety of reasons. The Sony Xperia L2 [check our posts on it here] has nowhere near as many cases as some of the more popular phones, but it has enough of them to make picking not an easy task. As you may recall from my half a dozen Nexus 6 case reviews, I prefer the phone’s buttons to remain uncovered by cases, as the various overlays they use have their issues.

However, of the available choices at Amazon, I wasn’t certain any of them did not cover the buttons. A couple looked possible but it could have been the way they took the pictures. Of the various options, I only recognized one brand that I had previously bought a case from, Moko, so I picked up the Moko case for $8. Spoiler alert: it turned out to be a good decision! 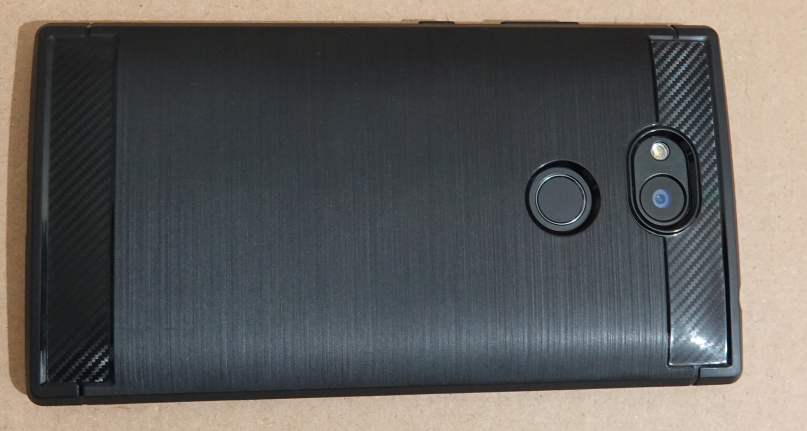 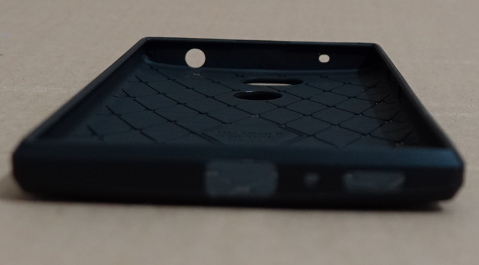 Even though it covers the buttons, it does not in a way that does not impede their use. I would still prefer direct access to the buttons, but this design does not annoy me. So that’s good.

The case itself looks nice, and does not block or negatively affect the use of the various ports. It even makes finding the fingerprint reader easier, as the case curves and leads your finger to the spot. But it also adds some height, so you have to aim for the middle of the fingerprint area, otherwise part of your finger will be touching the case.

I haven’t had any issues with any headphones reaching all the way in the 3.5mm headphone port. The included USB-C charging cable connects fine. The one speaker, on the bottom of the phone, near the USB-C port, is fine as well.

The case has a couple of stylish horizontal spots at the top and bottom of the back. They are not grippy, they just look nice. Overall, the sides of the phone offer a nice grip, and the back is not slippery. I haven’t dropped or even fumbled the phone since I put it on. I am a poor blogger, I can’t drop phones for the sake of testing 🙂

Unlike the phone’s touchscreen, the back of the case does not collect fingerprints like a mad stamp collector from the 50s 🙂

Installation and removal is easy. To remove it, you gently peel off starting on the left side, opposite of the power buttons (so you don’t accidentally press them while removing the case). To install it, just slide the phone in one side (any side works). It has a pattern inside : 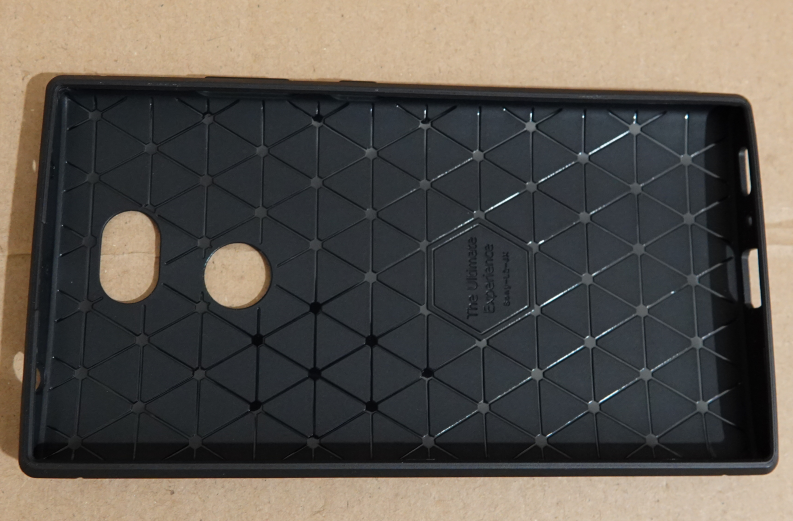 The case had modest packaging. A clear tray and a foam insert to help it retain its shape before you buy it… 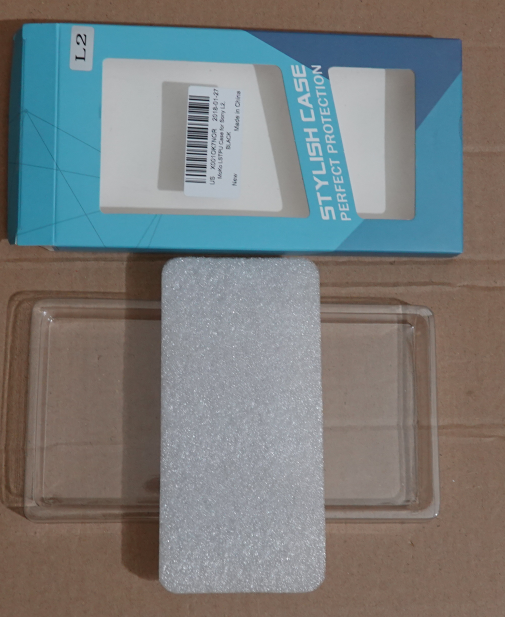