In Part #1, we talked about the Sony Xperia L2 working with the Project FI Data SIM. But what if you want to use this to make or receive phone calls and text messages? It is a phone after all 🙂 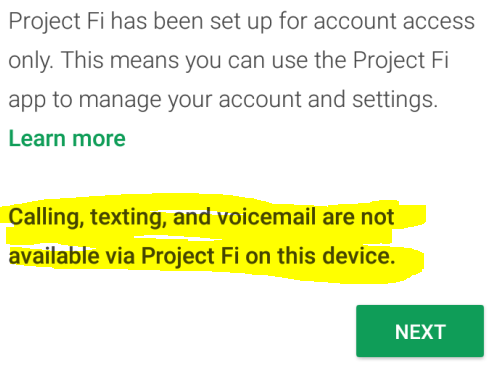 There is a way to do this, but you cannot use the default Android Phone and Messaging apps. That’s because the Project-FI Data SIM offers data ONLY, not a cellular network connection (which is where the conventional phone calls and messages reside). You can instead download two Google Apps, the good old Hangouts App for texting, and if you want to make phone calls, you also have to download the Hangouts Dialer app which is sort of a plug-in to the main Hangouts app. 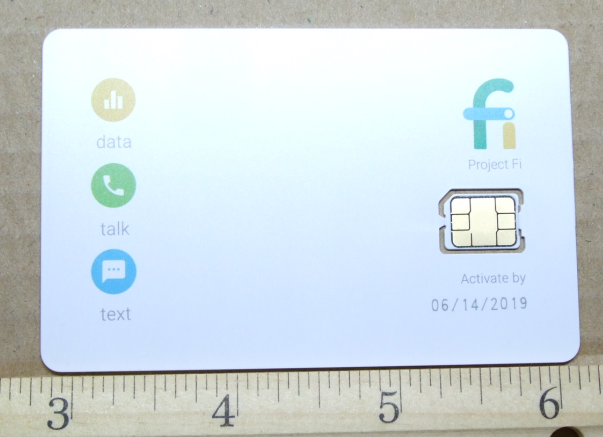 Then you have a decision to make. If you want to use your main Project-FI phone number as the phone number for the Data SIM phone, you can continue with the Hangouts and Dialer configuration. Having two phones connected to a single number can be a versatile setup for a variety of reasons (out of battery, lost or broken phone, etc). And you avoid paying a line fee, since Project FI charges you only for the data consumed!

What if you don’t want to use the same number? There’s a way to do this too using Google Voice. Since you can’t have Project FI AND Google Voice on the same Google account, you have to use Google Voice with a different Google account, and configure this in the Hangouts app. I haven’t done this yet because my main priority with this was to have two different phones on a single line. But I will try it eventually and will post another post about it 🙂

I configured the Hangouts App (not hard) by going to Settings and then clicking on the Google account of choice (the only one if you have just one running on the device) and activated Project FI for both “Incoming Phone Calls” and “Messages”.

After a couple of reboots and retries at various locations, I starting googling. It turns out I awasn’t the only one with this issue. There is a thread of this in the Google Product Forums and the workaround is to into the Project FI settings and activate “International Features”.

I did that (I had them both turned OFF before) and voila, I could make outgoing calls! Magic 🙂 I don’t know if it needs both or one of the two, I didn’t bother to test it.

This may not be an issue with your Project FI setup, or it may have been fixed by “The Google” by the time you are reading this, but in case you run into it, know that there is a simple fix 🙂