In Part #1, we unboxed the Sony L2. Here, in part #2, I am summarizing the things to pay attention to during the initial setup and configuration of the phone.

I personally prefer to turn on the phone, uninstall unwanted apps and go through the settings and turn off things I don’t want/need, and then connect to Wifi and login with the Google account. This requires an additional step of having to do a second pass in the settings because some of them get activated after a connection. But it prevents the stampede as everything tries to connect and install things before you can turn them off. Most people prefer to connect to Wifi first and then turn things off,so it’s up to you.

IMPORTANT NUMBERS OUT OF THE BOX

The phone is running Android 7.1.1 with the November 5 (2017) security update (as of the time of writing; things may be different depending on when you set it up). It shows as model H3321. This is a Nougat phone, no Oreo! I don’t know if Sony is planning to offer Oreo on this… 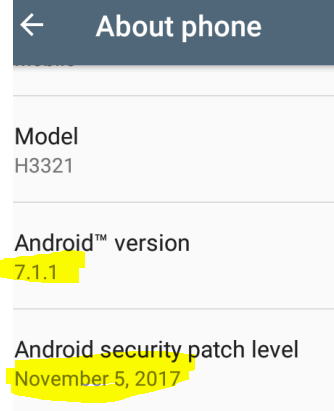 The phone is using 10.94GB out of 32GB on-board storage. This is before connecting to Wifi and updating any apps. 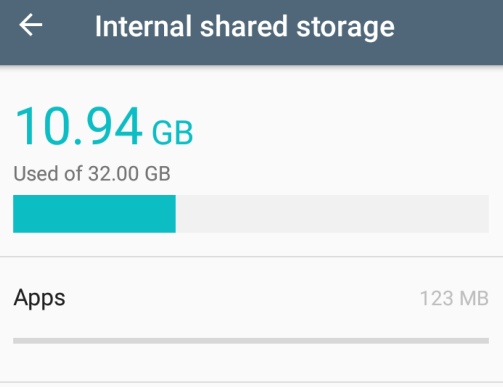 The phone came with about 50% charge out of the box. I fully charged it before turning it on for the first time. Unlike some phones, this does not automatically turn on when you connect it to AC, which is nice.

You turn it on by pressing the power button until it vibrates. You are presented by a number of screens that try to hoard your data:

Whhat’s important is obviously a relative matter but there are way to many settings to post here on a play by play here, so I am only including some of them that I think are significant or practical or will save you battery life and mobile data… 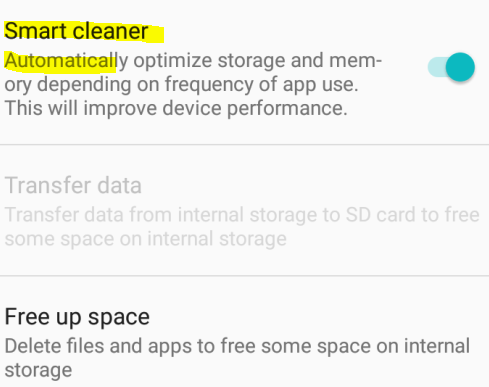 And now the time is right to connect to Wi-fi! I connected to the 5 GHz network without a problem.