This is our sixth Nexus 6 case review, and I think that’s the last one I have at the moment! So unless I find another one hiding or buy another one, I will then do a group review summarizing and contrasting them all.

Today’s review is the CaseMate Naked Tough Bumper Case and surprise-surprise it is still available and at a reasonable price, $6 and Prime-eligible at amazon.com. And not an Add-On item to boot 🙂 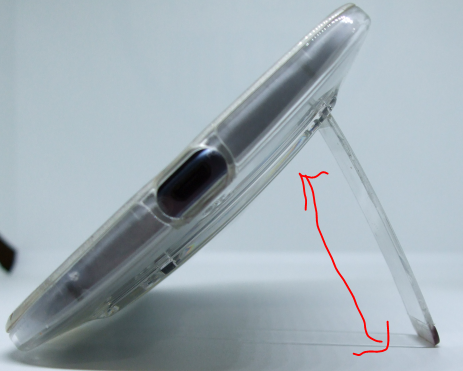 The distinguishing feature of this case is the kickstand as you can see in the picture above. The mechanism is not very strong though, mine got cut off clean after very moderate use. But it came off clean, so the case is usable without it, it’s just that the phone has an open “window” in the shape of the kickstand on its back. There’s also a V-neck style opening (by design) that encompasses the camera and the Motorola wings logo, so it doesn’t look out of place 😉 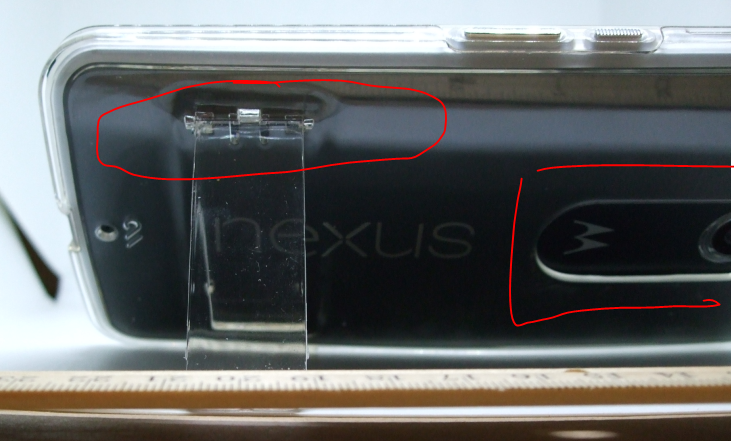 Regardless, if you plan to use the kickstand on a regular basis, you may want to look elsewhere, or at least be mindful that it may break off. Considering the current price of $6 this is not a big deal, but for someone who may have bought this at full price, it might be a different issue. 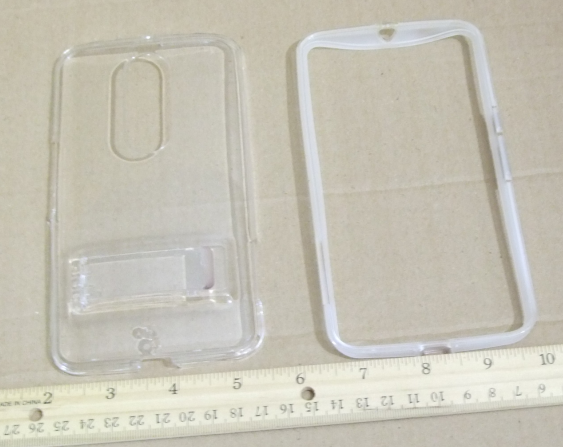 This is a two part case. There’s the clear hard bumper, and the gelatinous bumper that goes inside the clear bumper case. Installation can be a bit frustration if you don’t follow the included instructions. But if you follow the instructions, it’s fairly easy.

They key is to hold the bottom of the bumper/liner and insert the phone from the middle of the case downwards. Then all the pieces come into place and it installs fine. Removing it is easier since it doesn’t need the synchronization needed for an installation 🙂

The headphone jack and microUSB port are fine, the camera is fine, it has plenty of space. The Power and Volume buttons have an extra layer that makes them very easy to press, almost too easy. Depending on how you handle the phone, you may get accidental or unintended button presses.

The Nexus 6 is a big smartphone, so for many people, finding a fairly thin/small case for it is a good idea. This succeeds on this front, it is fairly small and lightweight despite the two layers. I don’t have the technology to do drop tests, and I don’t have extra phones to waste either, so I’m using phones in cases as I usually use them.

I haven’t found the case to be slippery. The clear brings out the design and colors of the Nexus device with the Motorola Wings. The one I have is the blue one. However, the case looks rather cheap, which should not be a complaint if you are paying $6 for it 🙂 But still, some people prefer more stylish and distinguished cases.

I haven’t dropped it so I can’t speak to how it cushions the phone. My biggest issue is the flimsiness of the kickstand. It’s the only kickstand case I have for the Nexus 6. Combine that with Google’s stubborness in not giving you full 360 degree rotation flexibility (like Samsung’s much maligned Touch Wiz), and the need for a kickstand is diminished.