I don’t know if Sony is planning to give the Xperia L2 the Oreo upgrade, but yesterday it got an over-the-air update moving it from the November 2017 security patch as it came out of the box to the January 2018 security patch. The update was a 252.1 MB download, so grab it over Wifi if you don’t have unlimited data and you are not close to throttling.

To cut a long story short, everything went fine and according to plan. A non-boring (I hope) summary of the happenings is after the break… The guys in the picture below look like could be part of a new scifi TV show for Playstation Vue 🙂 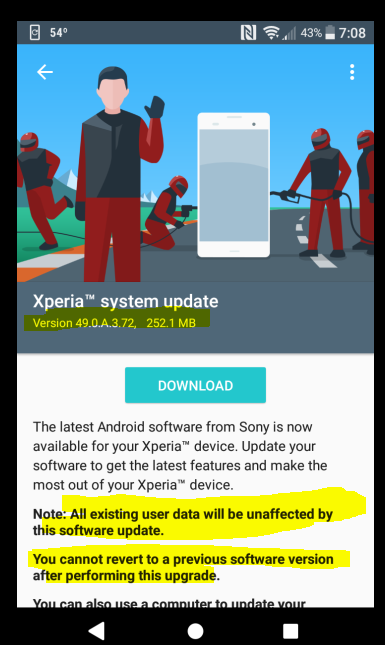 Sony insists that you must have at least 50%5 battery before it lets you begin the installation process. Even if you are connected to wall AC power. Since I was under 50%, I began charging it. It is a slow charging phone (remember, even though it is USB-C, it is running USB version 2.0, like the good old microUSB, so it doesn’t have most of the exciting USB-C 3.x features).

Once I went over 50% charged, I began the process.

The process is more or less the familiar one. You get the green Android innards rotating, then the Sony logo appears, then it’s back to the green Android innards, and then back to the Sony logo. A few minutes later, a proper reboot and you are ready to go. If you require PIN or other security mechanism before a boot, keep an eye out for it, otherwise it will sit there waiting for you. After that, it did some more installing and eventually declared mission accomplished… 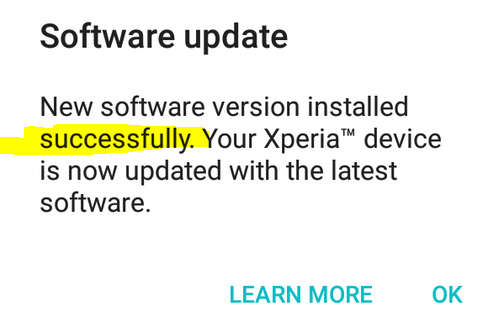 Overall, the process took about 20 minutes wall clock time. I adjusted the screen and was monitoring from a distance most of the time while multi-tasking, it doesn’t need eyes-on baby-sitting. It’s the January 5 (2018) security update running on Android 7.1.1 ready to go! 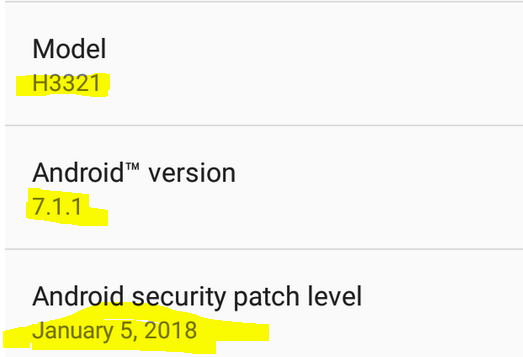