And we are back with more findings on the Fossil Explorist Q (FTW4004). This is a continuation of the First Impressions, so I won’t repeat anything here. 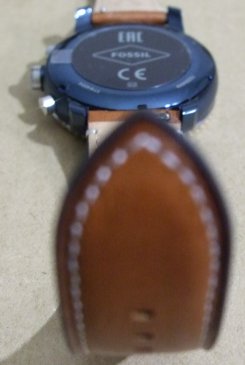 I had both the phone and the watch active at the same time, and I noticed (for the first time) how the Notification syncing works. It’s like synchornized swimming! You swipe away a particular notification on the watch, and you watch it (perception wise) instantaneously self-swipe away from the phone’s screen.

This being my first smartwatch, I don’t know what happens with other models from other manufacturers. Wrist moments trigger the screen, the “gesture to see time” comes to mind, but I’m also getting false positives during common daily activities. I don’t know if I’m expected to retrain the use of my hands to adapt or just live with it 🙂

This is not an issue most of the time, except if/when one may be in situations where flashing devices may be considered rude or unwelcome? I haven’t been yelled at for it, but I can’t “test” every possible scenario 🙂

There is an option to turn off the screen (when you swipe upwards from the home screen) but that also turns off notifications and alerts (until you reactivate it by pushing the crown), thus diminishing the functionality of the watch.

Maybe there is a 3rd-party app or some deep setting that finds middle ground?

There is some mild wear developing on the wrist strap, the area that folds under the two buckles and locks in. I will be monitoring over time. No alarm, but the strain is visible in the arc of the wrist strap.

Since I do not use it at night, whenever I remember, I put it in Airplane mode. This also allows me to turn off the Bluetooth on the smartphone, thus saving battery life on both devices. But the watch is still alive even in Airplane mode, I noticed somewhere between 4% to 6% drop in battery life the morning after.

I did not measure exactly how many hours in-between, so the term “overnight” is nebulous. So YMMV.

I was excited when I noticed Evernote was available. Then disappointed when I installed it. The options are limited. There is a search option but only with voice. There is no option to actually create a note, voice or otherwise. You can look at the three most Recent notes, but even that is a pain – they arrive a few seconds later via watch-only Notifcations. And of course those are only the top part of the note, not the whole note.

There is an option for “To-Do” lists and “Nearby Notes”, but I don’t use those. 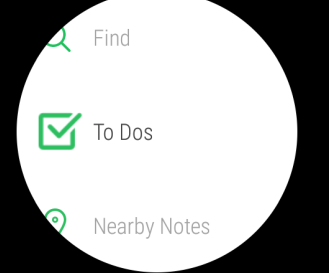 The Evernote home screen does not make use of the crown’s scrolling capability, you have to use the touchscreen to go through the menu options. When you receive the “Recent Notes” via Notification, you can scroll through those because they are a notification, not part of the Evernote watch app.

I spotted a promising 99c Watchface app in Google Play that gives me a data-hungry watchface with lots and lots of data points. More on this later, probably a separate post on the app. I haven’t even bought it yet 🙂