And we are back with our second smartphone text and pictures useful unboxing post, the new entry-to-midrange Sony Xperia L2, an unlocked GSM smartphone that straddles, at least features-wise the entry-level and the mid-range. In this post, we describe and show what’s in the box. A lot more is coming on this smartphone – please leave a comment if you have any questions about it! 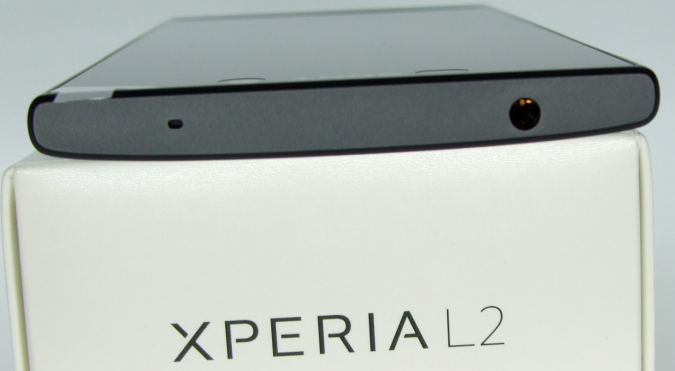 Don’t care about the packaging and accessories? Jump directly to the phone pictures… 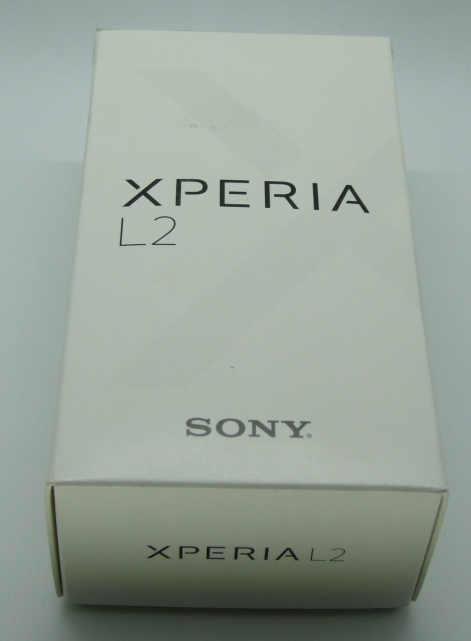 The back side of the box is a visual summary of its specs. 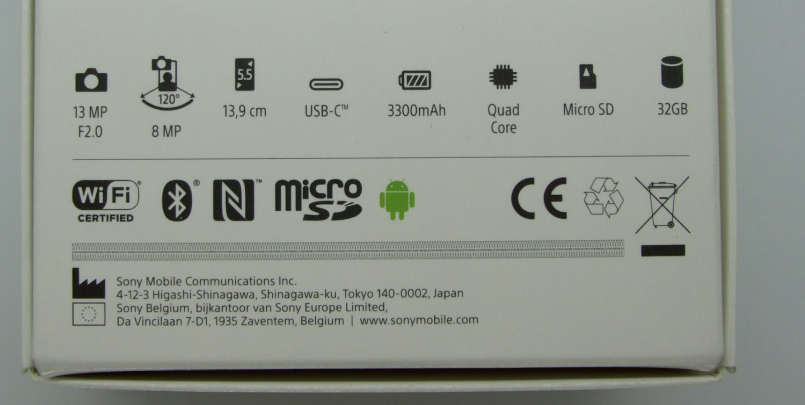 The box is held closed with two sticky dots on the underside, simply slice them gently with a box cutter and the phone is liberated… 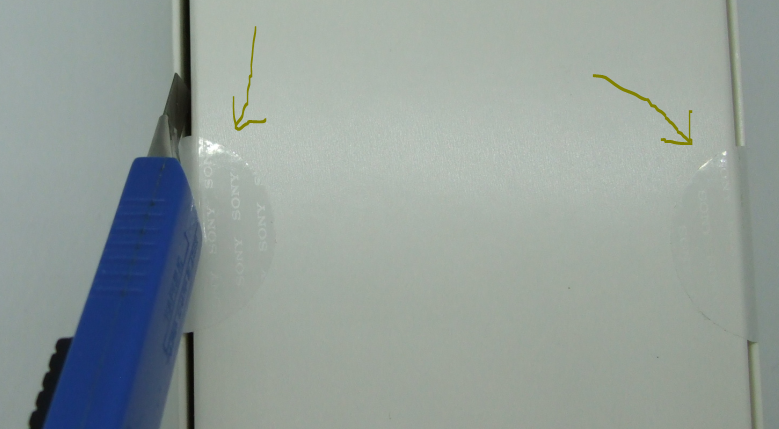 The phone is stored in a clear protective cellophane type of a bag, and there’s also a pre-installed protection film on it. 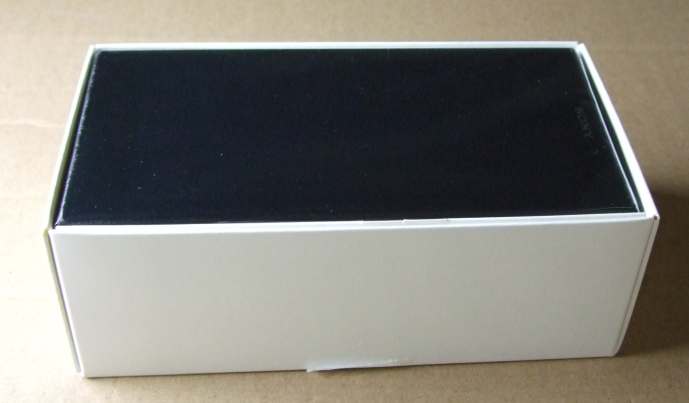 Underneath the phone, we have everything else that’s included 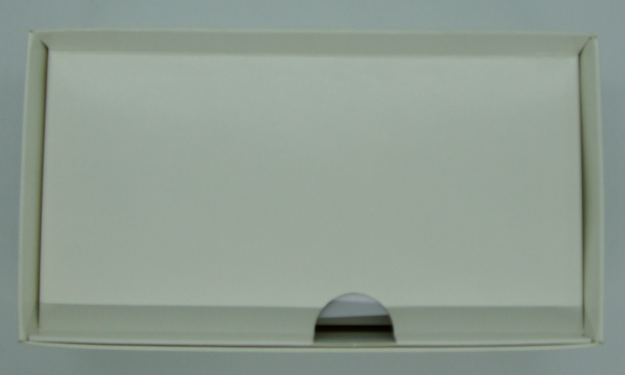 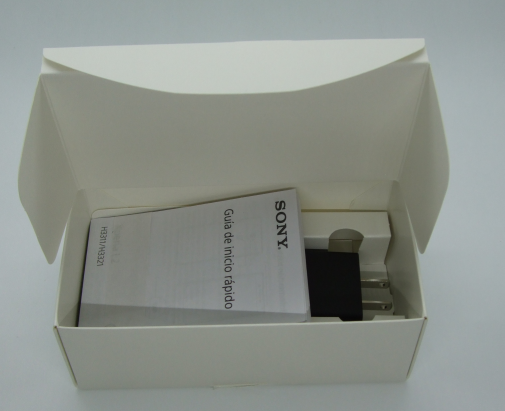 THE CABLE AND PAPERWORK

Deep inside the box, we found the AC adapter head, the USB-A to USB-C cable, and eight little booklets held together. There is a “Startup Guide” in english and spanish that tells you to charge the phone for at least 30 minutes before you turn it on. It recommends only using the included cable. It has this and a few other random tidbits on the phone. More on these in the next post, the “Initial Setup” [link will appear here after I write it!] 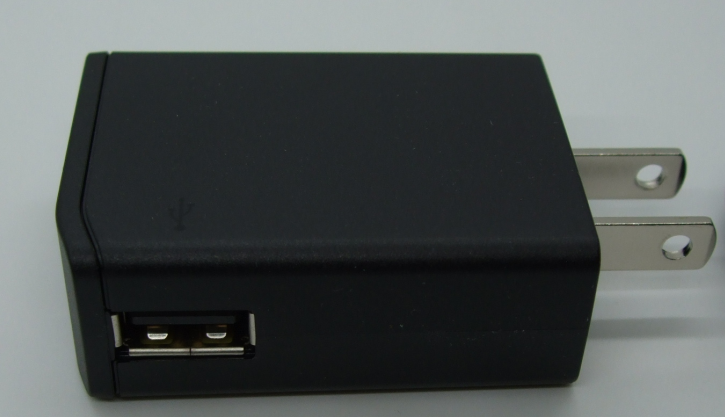 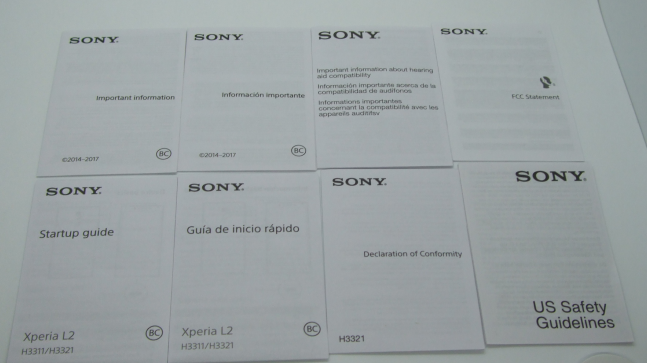 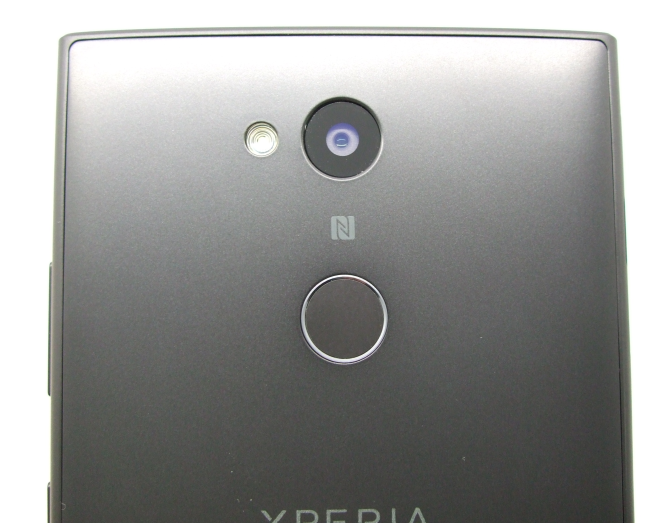 At the top front, we have the camera and flash and the SONY name. We have double-sided branding!

At the bottom, we have the USB-C connector, and the speaker…

At the top left side (the picture is upside down) we have the 3.5mm headphone jack, something sadly we can no longer take for granted with smartphones…

On the right side, we have the Volume rocker button and the Power button… 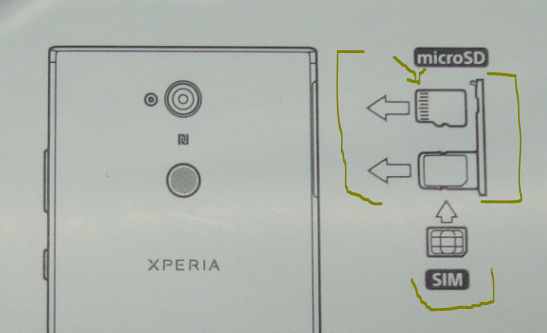 And here’s a picture with a ruler. We’ll have more on that and weight and such in the upcoming review posts. This is only the unboxing…

If you like unboxing, we have another smartphone text and pictures unboxing, it is the LG Stylo 2 (Virgin Mobile edition).