This is the reason why I typically avoid installing new updates immediately, but I felt like boldly going this time and I paid the price 🙂 ChromeOS Version 64 came to my lovely Samsung Chromebook PLUS last night, and I installed it immediately.

END_OF_DOCUMENT_TOKEN_TO_BE_REPLACED

In this new series of “Bug Reports”, we point out issues with today’s apps, hardware and software. Today’s subject is the Tasker Android app (Google PLAY). On Nougat (Android 7.0), the app refuses to release the “Phone” permission. I turn it off, and whenever I go back into the settings, it’s back on again!

Not sure what’s going on here. It’s the first time I’ve seen an app refuse to relinquish an Android permission. Even Google’s own data hungry apps obey the permission denials 🙂 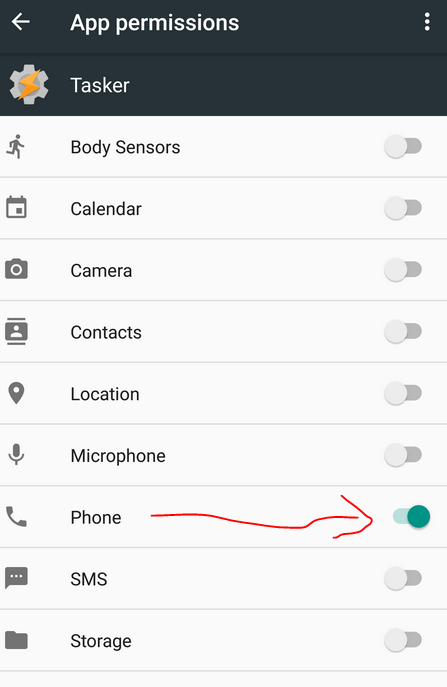 In this edition of “Tech Issues”, it’s a problem of my very own! The last few of weeks I am getting random reboots of the Nexus 6. It is running OTA Android 7.0 (it hasn’t yet been officially “invited” to get 7.1), and was not among those who got the previously-retracted 7.1 update.

UPDATE SEPTEMBER 2017
I haven’t done an engineering debugging session on this, but it looks like the issue may be happening mostly when internet connection goes out, eg bad spots. But not always.

The other change I made was to remove the 3rd-party Project FI app. My next experiment will be to re-install the app…

So I’ve been trying to figure out what might be causing it. The changes I am made recently:

END_OF_DOCUMENT_TOKEN_TO_BE_REPLACED

In this new series of posts, we focus on various tech issues and tech problems. Our issue in the inaugural edition are auto-updates of Instant Apps through Google PLAY. Even though I have turned OFF auto update of apps on Google PLAY, it seems to be ignoring this setting for Instant Apps.

This auto-update happens very quickly. I got it doing this a couple of times, but it completed so fast I was not able to take screenshots. The first time I saw it I thought I was hallucinating, but I’ve seen it multiple times since then, in different days, and different times of the day 🙂

The silver lining of this though it appears that this waits until you are Wifi, because every time I’ve seen it so far happened when I woke up the phone while it was Wifi. I haven’t (yet?) noticed this issue while running on cellular.

This was observed on a Nexus 6, running stock OTA Android, currently at 7.0, and (impatiently) waiting for OTA 7.1 🙂

I understand that the nature of “Instant Apps” may be such that it has smaller updates, and but still, it feels like a violation of the promise not to auto-update apps.!